Welcome, all. This is my first post about my home lab setup. 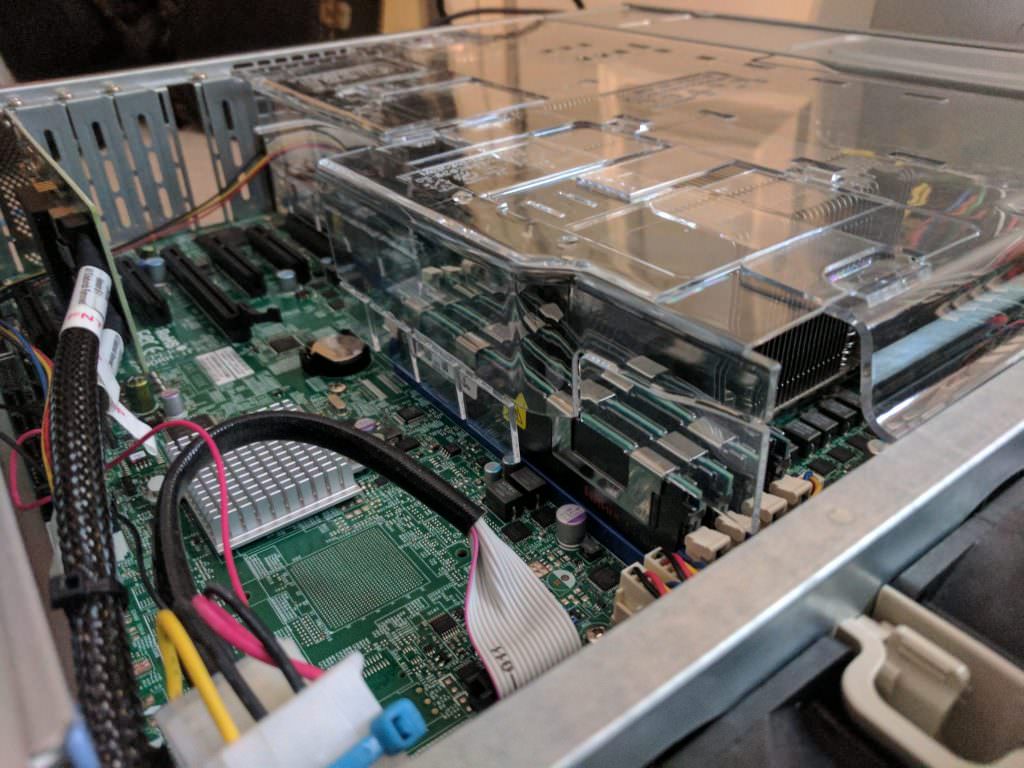 I also have a used APC UPS, a Protectli pfsense firewall, a few unmanaged switches, and a cluster of 5 raspberry pis.

I have bought most if not all of the equipment used. My 4U server’s primary purpose is to run a Plex media server and serve as “Netflix” for my friends and family. The server runs a host of web apps related to the media server, a few public websites, a home security monitor system, a windows test lab, and a few other random things.

My server runs the Proxmox Hypervisor. I choose a hypervisor because I did want to run a few fully virtualized clients for testing and learning. I chose this hypervisor over Xen Server, ESXi, Unraid, FreeNAS, or just plain KVM because it was based off Debian Linux, which I am very familiar with, it has an easy to use web interface for managing KVM clients, and the general recommendation of the /r/homelab subreddit. Proxmox has its quarks and lacks some features like live VM migration(edit this was added in v5.0), but it has every feature I need/want. Things like 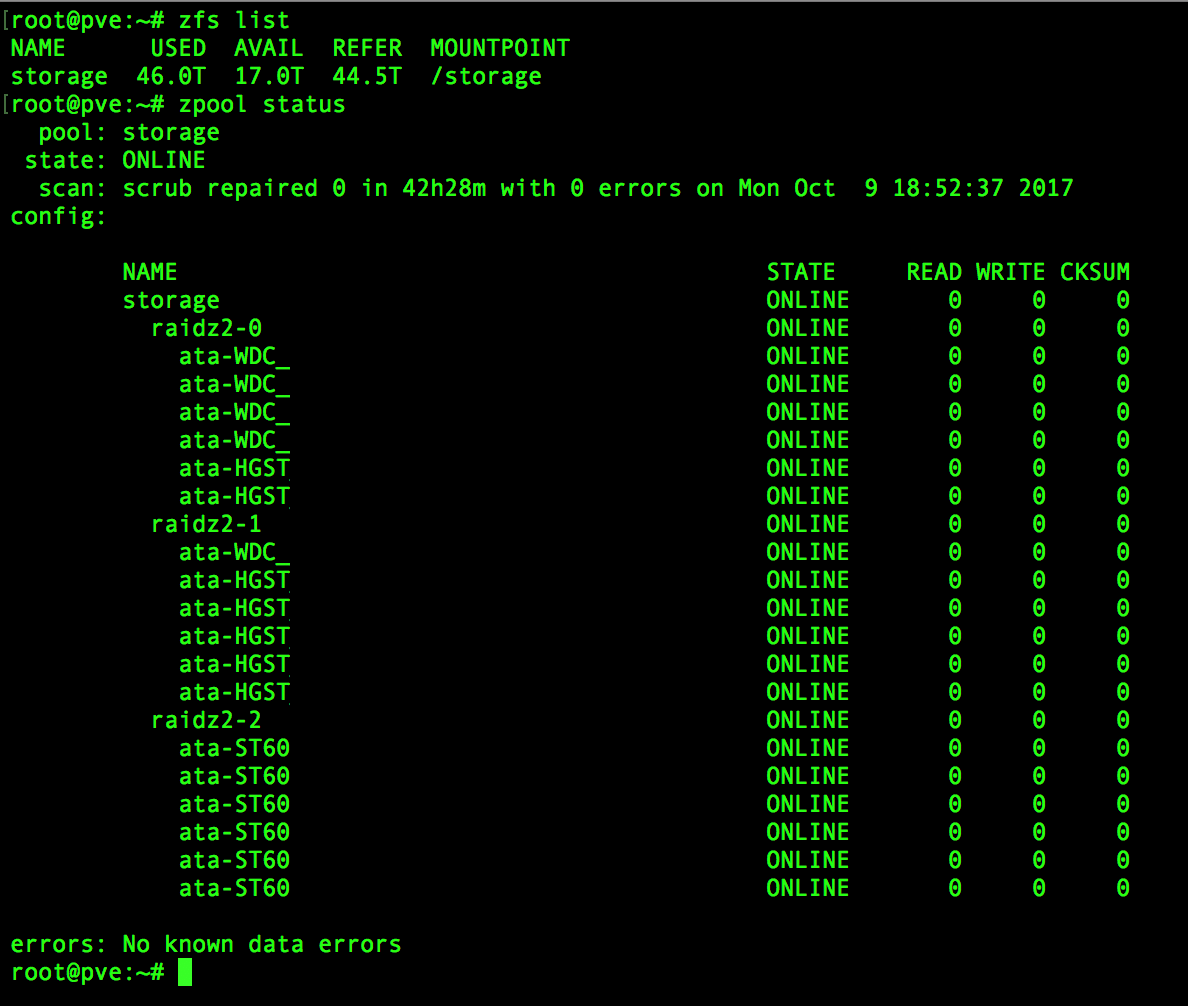 I have trusted my data to the battle-tested and mature file system ZFS. I chose ZFS over hardware raid, btrfs, SnapRAID, and other because of its

ZFS’s brillance amazes me every day. It is the most elegant and future proof piece of software I have ever used. The only downside (for my use case) to ZFS is that you have to add disks in vdev groups, you can’t just add one disk at a time. My current zfs pool consists of 18 6TB drives. The drives are split into three vdevs of 6 drives in a raidz2 array. This gives me a lot of resiliency against drive failures. Furthermore, the copy on write nature of the file system allows for “free” snapshots. Snapshots only use storage space when the files are changed or deleted.

I try to isolate all the apps and software on my server. This keeps the machine “cleaner” with out random trace files from previous failed experiments. To do this, I rely on Docker containers and virtual machines. 90% of the apps on my server run in Docker containers. Most of the containers are community maintained images from Github, but a few are my own custom images. Since Proxmox doesn’t natively support the management of Docker containers (they use LXC), I use Portainer.

While most my apps run fine in containers, there are a few things I want VMs for, like my windows test lab. My test lab consist of a two windows 2016 servers, a windows ten machine, and a virtualized pfsense router. The lab is on its own VLAN with all traffic routed through the pfsense router. I run domain controller, SCCM server, and plan to make and MDT server. I use it for experimentation, testing, and learning.

I also have a few random Linux distro VMs I use for random testing.

For the longest time, I justed used a consumer access point, switch, router, and firewall combo unit from ASUS. It worked fine for basic port forwarding and a VPN, but I wanted to experiment with intrusion detection systems like snort, so I went searching for a firewall with a more advanced feature set that wouldn’t cost a fortune. I considered used units from Cisco, Sophos, and Ubiquiti but I prefer open source technologies for my homelab. I find the are easier to tinker with, not to mention cheaper. I had heard about Pfsense and experimented with it in VM. I loved it’s easy to use and modern web UI. Plus there is a great comunity around it and a plethora of addon packages. Some of the packages I use are